I will start the presentation by introducing myself and how I got involved in UX Writing and some challenges I faced on the go.

According to the United Nations, there is no fixed convention for the designation of developing countries. I will focus on countries based in South America, Africa (except for those included in the Southern African Customs Union, ) and in some Eastern Europe or Commonwealth Independent States (former Soviet Union) mostly.

I intend to use some existing research data, both quantitative and qualitative, as well as do my own research, which will include questionnaires or interviews if needed. The idea is to cover topics that are common regardless of the region. Find below some of the topics I plan to include. 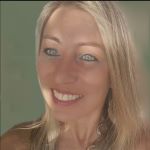